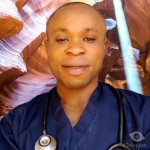 Governor Umahi performed this constitutional exercise in accordance with section 121(3) of the Constitution of the Federal Republic of Nigeria, 1999 as amended.

The Honourable Speaker of Ebonyi State House of Assembly and the All Progressives Congress (APC) Gubernatorial Candidate of Ebonyi State, Rt. Hon. Francis Ogbonna Nwifuru, began by stepping down the House Rules via a motion, to applaud the presence of a superlative leader, who by all conceivable ranks within his powers, has done Ebonyi proud. Addressing the esteemed gathering afterwards, Speaker Nwifuru expressed delight at the sweet synergy that has existed between the Arms of Government in Ebonyi State, the reason for the grand achievements recorded by the administration of Governor Umahi.

“In Ebonyi State, the relationship between us, the Legislature, Executive and of course, the Judiciary, has been characterised by mutual trust, purposeful synergy, dutiful partnership, clear understanding and respect for the principles of Separation of Powers. These in no minimal measures, have entrenched a habitual attitude of excellence in policy formulation, legislation, adjudication, and execution of those policies, for optimal service delivery in our dear State.”

The Speaker went on to assure the Governor of speedy attention on the Budget, for timely implementation and to ensure there is no bleep in the dividends of good Governance been enjoyed in the State. In doing so, Speaker Nwifuru noted, that they will be guided by the Legislative requirements of a thorough scrutiny.

Same sentiments of applause were echoed by the Deputy Speaker – Rt. Hon. Kingsley Ogbonna Ikoro; Leader of the House – Hon. Victor Uzoma Chukwu; Hon. Barr. Linus Friday Nwuhuo and others who spoke. In a clearly nostalgic scene, emotions were palpable as it was the last of such to be entertained in the sixth Assembly by a Governor whom they refer to as, the Master of Intelligence. They went ahead to praised his prudence in resource management and expressed their gladness about his successor who is knitted in experience and fantastic prospects.

The Honourable Speaker committed the Budget to the various committees for speedy attention, as heads of Ministries, Departments and Agencies are expected to appear before the committees, to defend their Budgets.

The author and founder of Livinus Uguru's Blog Livinus Uguru is a renowned passionate blogger, digital marketer, content creator and medical practitioner. He enjoys sharing knowledge and experiences to the benefit of general public, and has written many news and articles published in different media and online platforms. Hope you enjoy reading this blog posts?

Today I will be discussing with you those 20 simple things we should be doing to make our health better....
Read More

It is a complete package, ready to use. He is ready to put the entire people of Ebonyi State on...
Read More

Many people are looking for new ways to earn extra income. This is why VTU companies are becoming common in...
Read More

Important Things You Should Know About Polycystic Ovarian Syndrome (PCOS)

A majorly overlooked disease is pcos( polycystic ovarian syndrome), because 70% of women with PCOS haven't been diagnosed.
Read More

How Do I Take Good Paediatrics History?

9 Common Things That Can Cause Itchy Eyes

There are several things that can cause eye to be itchy. But some among the causes have been identified to...
Read More

What To Do If Super Glue Enters Your Eye

It is always a health emergency when Super Glue accidentally gets into the eye. It can easily cause the eyelids...
Read More

You May Have Missed